Chapman Freeborn Airchartering has worked in association with the St. Anthony Health Foundation and Catholic Health Initiatives (CHI) to organise the air transportation of surplus medical supplies from the US to Vietnam.

Over 50 tons of medical equipment including hospital beds and surgical tools was trucked from Denver to Chicago and then flown over 8,000 miles from O’Hare International Airport to Hanoi on a Boeing 747-400F aircraft. 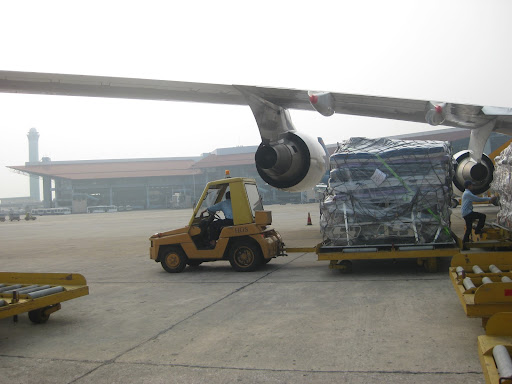 The airlift project followed the closure of St. Anthony Central Hospital in Denver last year and its replacement by a new medical facility built nearby - with surplus medical equipment from the old facilities donated to the Bach Mai Hospital in Vietnam's capital city of Hanoi.

The fundraising effort was led by Dr. Carl Bartecchi, a Colorado physician who advocates the adoption of modern medical practices in Vietnam and supports the training program in academic medicine for Vietnamese physicians and nurses at Bach Mai.

The successful delivery of the much-needed equipment - estimated to be worth over $1 million in value - was particularly poignant as it arrives on the 40th anniversary of the Bach Mai Hospital bombing in 1972 which claimed the lives of 28 hospital staff.

Chapman Freeborn - an aircraft charter specialist with a long history of humanitarian airlift operations - provided full support for the charter including securing the aircraft and assisting with the airport handling and cargo loading/unloading arrangements in both Chicago and Hanoi.

David Livingstone, a Chapman Freeborn cargo charter specialist who was part of the team that attended the departure at Chicago O’Hare, commented: “It was a privilege for Chapman Freeborn to assist Dr. Carl Bartecchi and his associates with this high-profile cargo charter. We’re proud to have played a part in this project, as we are with all of our humanitarian airlifts around the world.”

Lynn Christ, VP of Cargo based in the Ft. Lauderdale, FL office added: “This once again shows the dedication and professionalism of the Chapman Freeborn staff – our ability to be flexible and creative whilst working alongside our clients by thinking out of the box and finding solutions that separates our company from competitors, and further enhances why we maintain and grow our loyal client base across all market segments, not only here in the US, but throughout the group.”

Lynn also commented: “This year, we have implemented some internal changes based on the significant growth in the numbers of charter flights operated not only here in the US, but throughout the Americas’ region where the Ft. Lauderdale office is now the operational hub for the six regional satellite offices that feed into it. This process streamlines the quoting and broker procedures whilst enhancing our client and supplier relationships, and mirrors the buying power seen throughout other regional hubs in the Chapman Freeborn group.”

Support from charitable donations is required for the future success of this program. In addition to educating the medical professionals as well as improving the facilities at the hospital, the Foundation aims to improve responsiveness to emergency situations.

It is Dr. Bartecchi’s hope that medical professionals in Hanoi will continue to develop the new methods being taught and adopt them for treating patients.
For more information visit: http://www.stanthonyhealthfoundation.org

In addition to transporting commercial cargo, nearly every major humanitarian airlift mission of the last four decades has involved Chapman Freeborn chartered aircraft. Major operations have included supporting the air response to the Asian Tsunami, earthquakes in Pakistan and Haiti, floods in Burma, and famines in Africa.